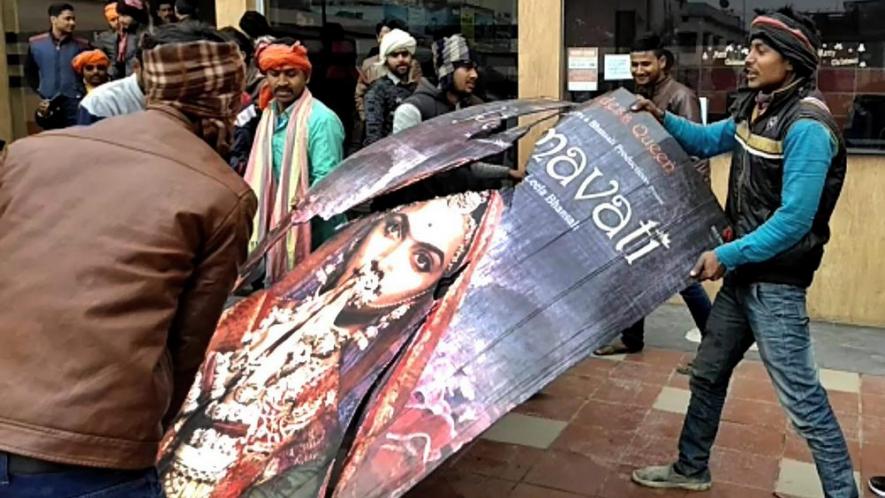 Ahmedabad: At least, 30 motorcycles outside three city malls were set to fire and some were damaged on Tuesday night by protesters who are against the release of the controversial film “Padmaavat”.

“After this incident, several people have been arrested over the violence,” said Ahmedabad Police Commissioner AK Singh

“Some anti-social elements today damaged vehicles outside three malls in the name of holding protests. It is a matter of investigation that who is exactly behind these acts. We have arrested several persons who were involved in the violence,” said Ahmedabad Police Commissioner AK Singh. 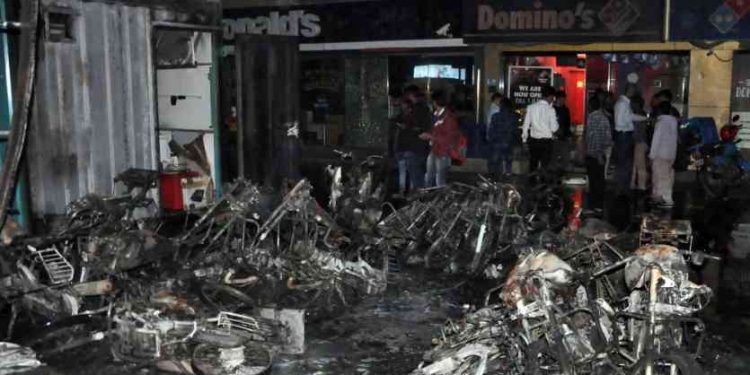 The violence was surprising for police since owners of most cinemas in Gujarat, including multiplexes in Ahmedabad, had already announced they would not screen the controversial film. Police said some vehicles were targeted outside Wide Angle multiplex, while more than 7 two-wheelers were burnt or damaged at Acropolis Mall which has the PVR Cinema screens, some windowpanes and glass doors were also damaged by the mobs.

The same group later went to the SG Highway, first reaching Acropolis Mall which has PVR cinema hall, and then other malls. Shouting slogans, the mob halted traffic on the busy road.

After this incident, Ahmedabad Police arrested many miscreants and deployed police force outside all cinemas.

Gujarat Deputy Chief Minister Nitin Patel urged people to boycott the movie, and also appealed them to stay calm. Similar appeals were issued by Minister of State for Home Pradipsinh Jadeja and senior Minister Bhupendrasinh Chudasama, both belongs to the Rajput community.