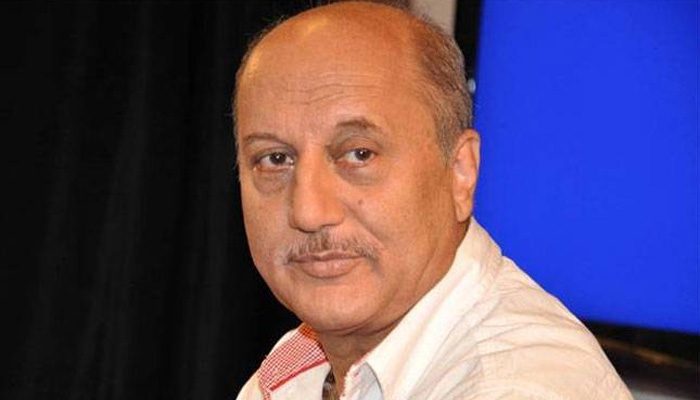 Actor Anupam Kher who is very active in social media, and is known for his Pro-BJP and Pro-Hindu Tweets twitter handle got hacked. He informed this to a news agency on Tuesday. Anupam Kher, 62 who is currently in the Los Angeles got to know about this through friends at home on Tuesday.

“My Twitter account has been hacked. Just got few calls from friends in India about it. I am in LA and it is 1 am,” Anupam Kher informed news agency via a text message. He also said that he has flagged the hacking issue to Twitter.

The hackers are suspected to be a pro-Pakistan group from Turkey. Various screenshots and tweet posted on Mr. Kher’s twitter handle which has been deleted now are being spread on social media, airing a tweet in Turkish and ending with the phrase ‘I Love Pakistan.’

Anupam Kher received a DM from Swapan Dasgupta who is Rajya Sabha Member of Parliament. The DM had a link which Kher assessed and got trapped. This means Swapan Dasgupta account was also hacked.

“Got a DM yesterday from Mr. Swapan Dasgupta’s account about a link. A first from him. So opened it. Have spoken to Twitter already,” Anupam Kher further informed to News Agency.

Our teams are working to resolve an issue affecting a small number of Indian users. We will notify affected account holders directly. Reminder: do not click on links in DMs coming from unknown accounts. For security advice & best practice, read here: https://t.co/Wb8g07EjfD

Anupam Kher’s handle is active now and back to normal after being temporarily inaccessible displaying tweet posted by him from Los Angeles. He posted pics with an actor from Los Angeles, including a picture with actors Armie Hammer and Jason Isaacs, and a info. for his The Big Sicko-star Kumail Nanjiani, whose screen father Anupam Kher played.
Anupam Kher got famous from movie Saaransh. He has done many notable roles since then. And has appeared in many International movie projects too. Which includes movies such as Bend It Like Beckham and Silver Linings Playbook.