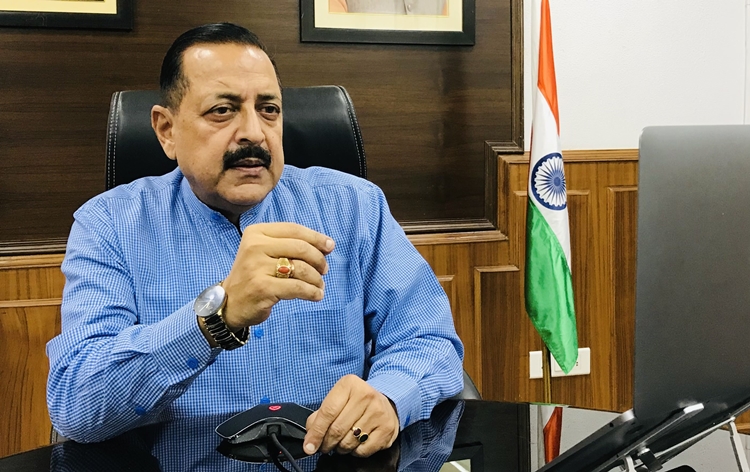 Union Minister Dr. Jitendra Singh today said, the Centre will conduct Common Eligibility Test in 2022 with a view to bring entrance examinations to the doorstep of the candidates. He said, CET will be conducted for the posts of Staff Selection Commission, Banking and Railways initially, in all districts of the country.

He said, the Centre has plans to enhance the gamut of CET to various other exams in the due course. Terming this as a huge social reform, the Minister said, CET would be beneficial to the aspiring candidates.

He was addressing the opening ceremony of a two-day Capacity Building Workshop for senior officials of UT of Ladakh, virtually in Leh. The programme has been organized by the National Centre for Good Governance of the Department of Administrative Reforms and Public Grievances.

Dr Jitendra Singh said PM Modi’s efforts for minimum government and maximum governance with introduction of tools like e-Office, have helped the country during the COVID pandemic in efficient administration and productivity.

Referring to appeals from administration and public representatives of Ladakh, Dr. Jitendra Singh proposed relaxation in the rules of deputation of senior level officers on the lines of J&K, to bridge the gap vacancies and the administrators in the UT. He said, Prime Minister Modi has given his vision to almost every department with reference to Ladakh. He also said, the Centre is contemplating promoting Astro-tourism, research projects on Indus and CSIR projects for Ladakh.

The Minister also said, the Administration has to gear up to take the out of the box ideas to effectively serve the public and improve delivery mechanisms of several Central schemes and programmes in Ladakh.

Speaking on the occasion, Lieutenant Governor R.K. Mathur thanked the Union Government for persistently pursuing several projects in Ladakh. He said, despite all challenges after becoming Union Territory, Ladakh could establish a three-tier administrative mechanism and imparted training to all the public representatives and staff. However, he appealed the Centre’s intervention in connecting the remote parts of Ladakh to dispense services effectively.