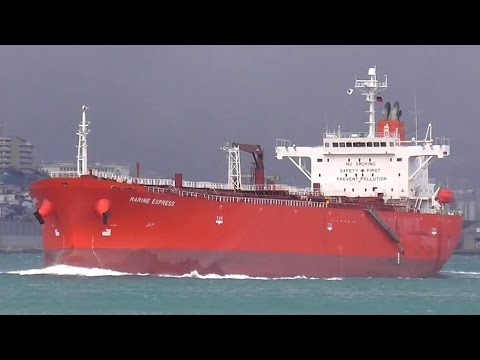 A tanker vessel with almost $8.1 million in gasoline and a 22 Indian crew has gone missing at sea for over 48 hours off the coast of the West African country, Benin. The vessel, MT Marine Express, is the second ship to be lost in this region. Speculation is being made that Marine Express might have been trapped by hijackers or pirates, same like the ship that disappeared last month.

The last time when ship MT Marine Express was tracked was at 6.30 pm on January 31, when it was anchored at Cotonou, Benin. The next day, at 2.36 am, satellite coordination showed the ship is missing from the anchorage in the Gulf of Guinea. Higher officials in the shipping industry updated A media house Mid Day that the Panama-registered vessel was carrying approximately 13,500 tonnes of gasoline, valued at $600 per tonne, bringing the total value of cargo to about $8.1 million (about Rs. 52 crores). It may be possible that the ship has been hijacked for ransom or to loot the gasoline Added officials.

Crew
The entire crew of the ship is Indian with seamen provided by M/s Anglo Eastern Ship Management. The company’s Mumbai office has already informed to the family members of the crew. The families are in a helpless position, as their only source of information at the moment is the company.

Search is going on:

The Directorate General of Shipping (DGS) and the Ministry of Shipping in Delhi have already come into action and requested to their counterparts in Benin and Nigeria to detect the missing vessel. Chief surveyor, B R Shekar who is also additional In charge of director general at the DGS, declared the incident and said, “We have received the information and have already alerted all the required agencies, who are looking for the missing vessel.”

“The Nigerian Navy and Coast Guard carried out an aerial search at and around the location where the vessel was last anchored, but they have not been able to trace it so far. We are monitoring the situation and have to depend on our counterparts in Nigeria.”Added a senior official.

A senior official from High Commission of India denied confirming piracy or hijacking until they don’t get any information from the crew. And don’t locate the vessel.

A few months ago another vessel, MT Barret, had gone missing off the coast of Benin. And two days after it disappeared, it was confirmed that it been hijacked.