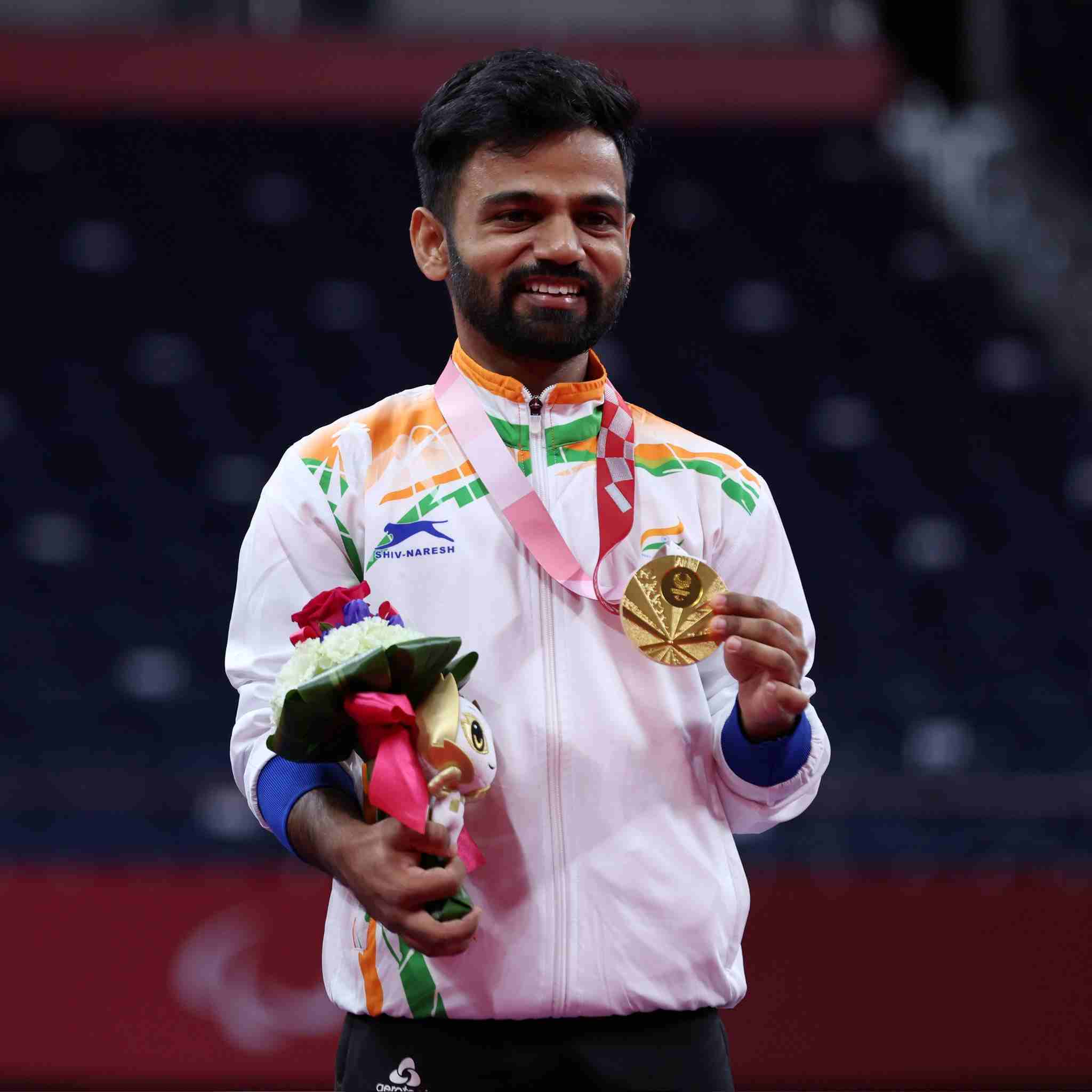 Tokyo, Sep 5  Krishna Nagar secured a second gold medal in badminton after Suhas Yathiraj claimed a silver as it turned out to be a Super Sunday for the Indian badminton contingent at the Tokyo Paralympics here.

Bhagat had claimed India’s first gold in badminton in SL3 class on Saturday.

“This is a dream come true. I want to thank my father, mother, uncle, auntie, God, my coaches,” said Nagar after winning India’s fifth gold at the Games.

“This is the first time that badminton has been added to the Paralympics and I hope that India will keep winning and doing their best at upcoming Games.”

Suhas ended his campaign with a silver after going down fighting against top seed Lucas Mazur of France in the men’s singles SL4 class final.

The 38-year-old Noida district magistrate, who has an impairment in one of his ankles, produced an entertaining performance before narrowly going down 21-15 17-21 15-21 to two-time world champion Mazur in the summit clash.

Nagar, who has a short stature impairment, picked up the sport after being encouraged by his cousin.

However, he started playing the sport seriously only four years back and ended up winning a bronze at Para Asian Games before claiming a bronze and silver at 2019 World Championships in singles and doubles respectively.

The world No. 2 also won a silver in Brazil and two gold medals in singles and doubles in Peru last year. He also claimed two gold medals at the Dubai Para Badminton International in April this year.

Nagar, who last played Chu Man Kai in the Thailand para badminton two years ago, came into the match with a 2-1 head-to-head advantage.

It turned out to be a pulsating contest as the duo fought tooth and nail but the Indian showed better nerves to come up trumps in the end.

The duo played short rallies initially and Nagar managed to lead 4-2 and 8-6 before Chu Man clawed back and led 11-9 at the break after the Indian hit wide.

Chu Man continued in the same vein and soon opened up a 16-11 lead. But Nagar tightened his net play and covered the court well to draw parity at 16-16 before winning another rally with a backhand return.

Another backhand flick gave him three game points and he sealed it when his rival went to net.

Chu Man recovered to lead 11-7 in the second game after an initial close battle. The Thai player stayed ahead and eventually unleashed a smash to take the match to the decider.

Nagar got his act together in the decider, cruising to 5-1 lead before moving to 7-2 with Chu Man struggling with his finishing.

The Indian led 11-7 with a looping forehand return before moving to 13-8 after resumption. However, errors crept in his game, allowing Chu Man to level at 13-13.

Nagar stepped up his game in the final stages and unleashed a series of smashes.

He grabbed four match points with another superb return, squandered one before rushing into the arms of coach Gaurav Khanna in celebration after his rival went wide again.

Earlier, unseeded Suhas, the district magistrate of Gautam Buddh Nagar (Noida), became the first-ever IAS officer to win a medal at the Paralympics.

“I’m quite happy with the performance but I should have finished it off in the second game,” he said.

“So I’m a little disappointed that I didn’t finish it off because I had a handsome lead in the second game. But congratulations to Lucas. Whoever played better is the winner.”

In SL4 class, shuttlers have lower limb impairment/severe and they play standing.

In his gold medal match, Suhas stepped it up on the big stage and dominated the proceedings early on.

Suhas led 11-8 at the first break. Playing with a smile, the Indian controlled the proceedings with Mazur looking jaded. He grabbed five game points and next pushed one at the backline to pocket the first game.

However, Mazur dug in and lead at 6-5 in the second game before Suhas again lead 11-8. The Indian maintained his lead at 15-12 but Mazur grabbed nine of the last 11 points to roar back into the contest.

Suhas rode on his flurry of smashes to make a superb start to the decider but Mazur again levelled at 9-9 before eking out a three-point lead at 17-13. He sealed the contest when the Indian went to the net.

A computer engineer, Suhas went on to become an IAS officer and was at the forefront in the fight against COVID-19 pandemic as a Noida DM.

On the court, he has won gold medals at 2017 BWF Turkish Para badminton championship in men’s singles and men’s doubles. He also won gold in 2016 Asia championships, besides a bronze at 2018 Asian Para Games.